Speciesism | Ageism | Racism (SAR) is a generative cinematic artwork stemming from the millennia-old practice of mask making and laying claim to the fundamental richness of diversity.

SAR generates sequences of masks from photos of people and animals without bias, imbued meaning or particular intent, leaving all interpretations and assumptions to the audience.

SAR is aesthetically rooted in traditional folklore and the worldwide popular art of mask-making, in the concepts of “loop” and metric montage.

Conceptually, SAR thrives in the intersectionality of postcolonial theory, feminist and anti-discrimination studies, as well as animal rights movements, policies and practices. By stripping away the ability to consistently identify species, age, race, gender or sexual orientation, the artwork allows for a disruptive aesthetic appreciation, which confronts the ideology and politics of group superiority.

Speciesism | Ageism | Racism can be enjoyed in its on-line pre-calculated version or as a real time generative infinite installation.

We all share three universal claims: I am. I live. I die.

But by means of a rather opaque process we, humans, have evolved into the belief that deciding whether the life of A is more deserving, more important, more suitable to be cherished, valued or preserved than the life of B, is a normal, ethic and sound procedure.

History has shown that judgment based on ethnicity, skin colour or gender is biased and usually endorsed by a dominant faction that enslaves or disregards weaker factions, entrenched on a phobia of a particular difference: gender, skin colour, age or species. Seeing a face alone is usually all it takes for most of us to automatically label it: black, Asian, sheep, dog, woman, boy, etc.

What if it were not so simple?

Speciesism | Ageism | Racism is born of similarities across gender, age, race and species, through the millennia-old practice of mask making, and lays claim to the fact that there is richness in diversity: large or small mouths, two or four eyes, multi-coloured fur, gender-bending looks, smooth or rugged skin, young or old, happy or enraged, etc. All can be remixed into a lively display of diverse (animal) life.

The generated masks are surrounded by samples of the faces being used, reminiscent of petri dishes with all the cultures and combinations that occur in the largest laboratory of all: nature. This rich setting is reinforced by a real-time soundtrack, generated from samples that overlay ethnic rhythms and instruments, atmospheric sounds, animals and human voices stating “I AM” in different languages.

Speciesism | Ageism | Racism is a cinematic generative artwork entirely coded in Processing 3.*, open for participative collaboration from the audience (by submitting their or their animals’ face photos). All the digital masks are generated without bias, meaning or purpose; all of them are innocent. All of them exist from the moment they were generated and seen. All of them are. All of them live. All of them die.

All interpretations and assumptions are exclusive to the audience. The system evolves in a crescendo, both visual and acoustic, until it reaches its peak: pulsating, vibrating life, surrounded by will (represented by actions, on the left) and body (represented by organs and body parts, on the right), common to most living beings. Life slowly fades into death and is followed by a renewal of the cycle.

SAR is open for contributions from participants who are willing to “donate” their face or the faces of animals, also as a symbolic gesture of support for the values that fight speciesism, ageism and racism.

All photos should be of a forward facing face (side angles cannot be used), and only the face will be used, so please make sure it occupies the largest area of the photo, as in the example. 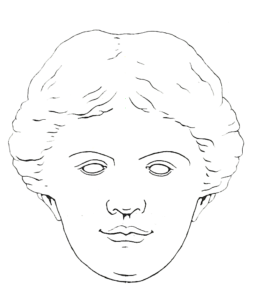 If you wish to contribute to SAR please send a good quality photo of your face and/or that of your animal(s), with a minimum size of 1500×1500 pixels (any current mobile phone will suffice), to TPM.RADIO(at)GMAIL.COM, stating your permission to use the photo on this project (no other use will be made of the photos thus collected) and the name you would like to figure on the final project’s credits. 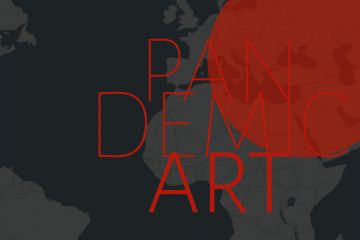 Patient Zer0 was selected to be a part of the Pandemic Art project, based in Timișoara, Romania. This call was addressed to creators, visual artists, musicians, writers and curators who wished to express their artistic presence Read more… 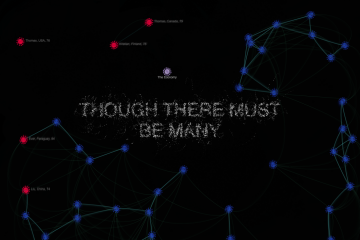 Patient Zer0 (In Memory Of Anyone Unknown To Me)

Patient Zer0 was inspired by, conceived and designed in the middle of the COVID-19 pandemic (click image to visit on-line installation). * Symptoms Despite the fact that common-sense and major health organisations recommend physical isolation, Read more… 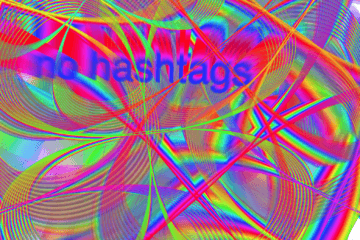 The generative artwork WrongWrong was born from The Wrong and for The Wrong. For its 2019 edition the online art biennial The Wrong issued guidelines for artwork submissions, where the organizers instruct artists that there Read more…